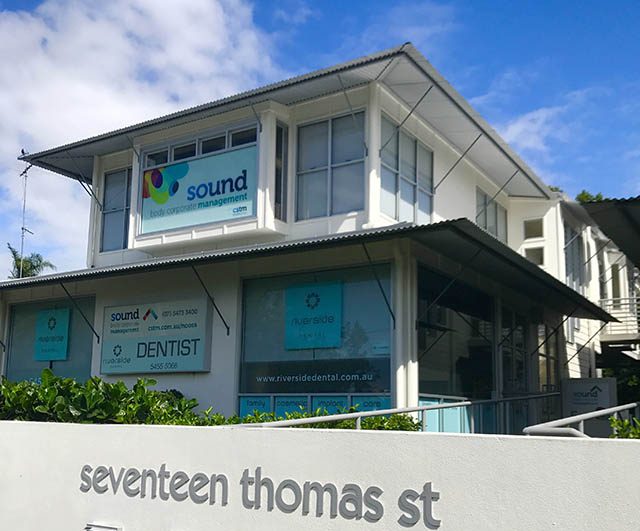 Riverside Dental is your Noosaville Dentist you can count on to provide gentle, professional dental care from your child’s very first check-up and clean, through to your parents’ dentures. We are proud to be able to offer high-quality dental care for the whole family in a relaxing, high-end environment. Our dental practice is unlike any other you may have been to. With a waiting room full of comfortable lounge chairs and a flat screen television, to the options of listening to music or watching television during your appointment, you’ll see that we work hard to make your dental experience very special. We also provide blankets, neck and spine support pillows, hot towels and soothing eye packs to ensure your comfort.

Meet the Dentists and Staff 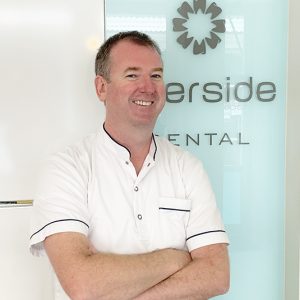 Dr Patrick O'Rourke is a graduate of Leeds University in the North Eastern part of the United Kingdom. Dr O'Rourke is originally from Derbyshire with strong family roots in the West Coast of Ireland. These days, he lives in Peregian Springs with his wife, Mary who is from Long Island, New York and their three children Tiernan, Shamus and Liam.

During 1997, Dr O'Rourke undertook elective training at the University of Witwatersrand Dental Department in Johannesburg, South Africa where he travelled extensively through Africa and found it to be an amazing and beautiful continent.

Up until 2002, Dr O'Rourke worked in the United Kingdom and undertook his membership exams at the Royal College of Surgeons in London. Upon passing these exams, he was awarded membership to the Faculty of General Dental Practitioners, Royal College of Surgeons London, United Kingdom. In 2002/3 he travelled extensively and finally arrived in Australia where he undertook different engagements in rural and remote Australia, which proved to be a fascinating and eye-opening experience, and a great introduction to life in Australia. 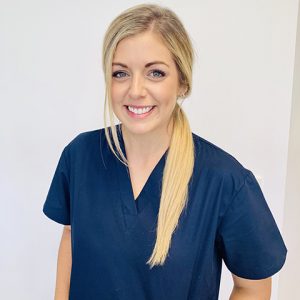 Qualifications: BoH(DSc) G.Dip Dent (QLD)
Nicole is a gentle and caring dentist who completed her dental degree at Griffith University with awards in academic excellence and the School of Dentistry Prize in Oral Surgery. Since graduating, Nicole has gained experience in both public and private clinics across South East Queensland. Nicole has also been actively involved in volunteer programs for communities in rural Queensland.
Nicole is passionate about providing an exceptional standard of dental care for both adults and children. While Nicole enjoys all aspects of general dentistry, she is most passionate about providing outstanding patient centred care. Nicole takes the time to listen to her patients to ensure she provides a comprehensive and personalized plan tailored to her patients’ priorities. Nicole welcomes nervous and anxious patients and enjoys helping people until dental visits become a relaxed and friendly experience.
Outside of dentistry Nicole spends most of her time with her adorable Labrador named Jasper (Jazz). Nicole enjoys exploring the beautiful Sunshine Coast beaches and making the most of our incredible climate. 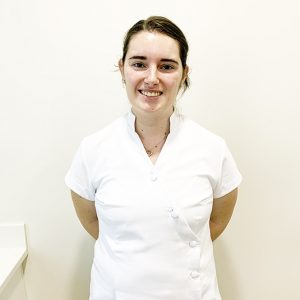 Tessa has been in the dental field for 6 years, starting out as a Dental Assistant. After a few years of hard work and dedication, having relocated to Rockhampton away from family and friends, she has just graduated from Central Queensland University in 2020 with her Bachelor of Oral Health. Tessa is ready to start her Oral Health Therapy journey at Riverside Dental, bringing an array of knowledge on the importance of maintaining a healthy smile. She is passionate about educating her patients on the prevention of gum disease and tooth decay, giving guidance and encouragement at each treatment visit.

Having grown up on the Sunshine Coast, calling Noosa her home since she was a little tucker, Tessa is excited to start her career with the beaches and national parks on her doorstep, and of course with her family and friends at arm’s reach!

©2021 Riverside Dental | All rights reserved | Website and SEO by NOYTECH